When it comes down to it sports based console games are some of the most entertaining and enjoyable games in the industry and are now played by more gamers than ever before be it in single player mode or online against their friends. Over the past few years developers have created some monumental games that have been some of the most successful of all time from this exceptional gaming genre. Therefore discussing the latest console games news, is an ever changing area for all types of gaming genre, nether the less we have decided to offer some of the games news for 2012 – 2013 respectively.

There are now more sports based games on offer than ever before whether its football, racing, tennis or golf games as well as many others. This fact can make it quite difficult for gamers to choose the games they feel will suit them best as the choice is now incredible to say the least. With this in mind we have chosen to review as many of these games as possible and then provide to you the games that we feel are the best in ways of game play as well as graphics in the hope you will then be able to enjoy them to.

One of the most successful games of all time in the sports genre category is of course the F.I.F.A football series of games as these games have sold more copies than any other games in their genre. The F.I.F.A series offers the game the chance to lead their domestic teams as well as national teams to glory in a host of competitions as well as offering an innovative online service for multi player action. The games graphics are simply superb and by far the most detailed of the market as you would come to expect from the multi award winning development team at EA Games.

Another top game we had to put on our list is again one of the most iconic series of games ever to be released and is none other than the Tiger Woods series of golf based games that have been at the top of their game for many years. This exceptional series of games allows players to feel the pressure and excitement of participating in one of the worlds most competitive sports. Players will be challenged to compete and beat all the top players in the world as they attempt to win the PGA world golf tour at some of the most well known and famous golf courses in the world today. Players can also take advantage of using the all new online multi player system to play against their friends wherever they may be. The first thing you will notice about this game is that the graphics are simply brilliant and offer you an extremely realistic view of the golfers and the courses. The game play on the game is also some of the best you will ever play and is quite easy to why the game is so popular among sports gamers.

Another exceptional new game is the all new UFC Undisputed 2 mixed martial arts game from the exceptional THQ which has bee a huge hit with fans of this series from all over the world. The game sets players on a mission to conquer the world’s toughest competition as they will be tasked with fighting and defeating the entire worlds top mixed martial artists on their way to taking home the UFC belt. The game itself is made incredible well and its layout is easy to follow even for a player who has never played it before. The games graphics are where this game comes into its own as they are some of the most detailed and well put together graphics I have ever seen on a game of this type. The game play makes use of this fact perfectly as you will find that the game play engine works seamlessly with the graphics engine to produce the best possible game. Well there you have it these are the top sports game we have come across this year so we hope that you have the chance to play them and that yu enjoy them as much as we have.

Other Games of Interest:

PC FIFA Manager 2012 – Allows its players to thrust themselves into the challenging world of the professional football manager as they lead their team on a journey to the championship title.

PC Taito Legends –  Is the ultimate collection of arcade based games that have been providing gamers all over the world with fun and entertainment for many years.

PC Far Cry 2 –  Is the second instalment of one of the hottest first person shooter games of all time which has been the winner of countless awards along the way from leading video games critics.

Xbox Forza Horizon – This is one of this years hottest driving based video games and has received many rave reviews from leading video games critics from across the world.

Other reliable Gaming Resources have been added below: 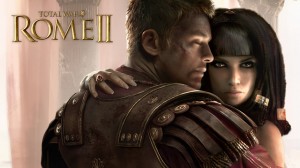 Please browse the other sections of our Games below, they have been split in Console Type:

This website uses cookies to improve your experience while you navigate through the website. Out of these cookies, the cookies that are categorized as necessary are stored on your browser as they are essential for the working of basic functionalities of the website. We also use third-party cookies that help us analyze and understand how you use this website. These cookies will be stored in your browser only with your consent. You also have the option to opt-out of these cookies. But opting out of some of these cookies may have an effect on your browsing experience.
Necessary Always Enabled
Necessary cookies are absolutely essential for the website to function properly. This category only includes cookies that ensures basic functionalities and security features of the website. These cookies do not store any personal information.
Non-necessary
Any cookies that may not be particularly necessary for the website to function and is used specifically to collect user personal data via analytics, ads, other embedded contents are termed as non-necessary cookies. It is mandatory to procure user consent prior to running these cookies on your website.
SAVE & ACCEPT